Although Oxford, Chester County, PA is becoming a booming center of new, modern housing and small businesses, it is also a town rich in history.

Oxford had its earliest beginnings at a crossroads in 1754 when John Hayes built a two-story log cabin at the site of the current Oxford Hotel, in what was then Londonderry Township. Hayes sold the cabin to Walter Hood and the crossroads became known and appears on maps as Hoods Corner, Hoods Crossing or Hoods Tavern.

In downtown Oxford, at what is now the site of the Union Fire Company No. 1, is where seven roads came together. It was an old Indian trail, and a natural meeting place for those traveling from the Delaware River to the Susquehanna. Oxford had level ground and springs of good water, and made for a good resting-place.  Third Street in Oxford was part of the Nanticoke Trail. Indians followed this trail from the Poconos to the Chesapeake Bay.  Chester County was established in 1682, and there was slow growth in the area now known as Oxford until 1730. The dominant ethnic group who migrated to the Oxford area was the Scotch-Irish. Escaping economic hardships and religious persecution, they left their European homes and landed in Philadelphia and New Castle, DE, then moved west towards Oxford.

Research indicates that on November 26, 1754, Londonderry Township was divided and the name of Oxford, after Oxford, England, was given to the western part.  In 1797 this area was divided into Upper and Lower Oxford Townships with Hoods Crossing falling within Lower Oxford Township. Hood’s, as Oxford was first known, remained a meeting place and stopover for travelers as stagecoaches from Philadelphia and Baltimore traveled through three times a week and used the town as a rest stop.  It grew slowly, at first only as a crossroads with a few stores, but with the advent of the stagecoach line, the number of stores increased as goods moved freely in and out of Oxford.

In 1805, a post office was established at Hoods Tavern to serve Lower Oxford Township and the settlement took the name of Oxford Village or Oxford Crossing around that time. In 1810, the Chester and Delaware Federalist Newspaper carried an advertisement for the sale of property in the Village of Oxford.  In 1833 Oxford was incorporated into a borough. On April 16, 1868, a supplement to the act to incorporate the village of Oxford was passed. These acts are referred to in the initial minutes of Oxford Borough Council. On May 11, 1838, the first Chief Burgess, Assistant Burgess, five council members, and a high constable were elected. The Oxford minutes and records also start at this time. Thus some references quote 1833 as the incorporation date and some state 1838. The seal of the Oxford Borough bears the 1833 date. Oxford’s unique location, midway between important cities such as Philadelphia, New York City, Baltimore, and Washington, DC, has attracted people for over 200 years, and continues to do so while the history continues to be preserved.

The population grew from 186 to more than 1000 between 1850 and 1870. What really changed the face of Oxford in the late 1800s was the railroad.  Grain, potatoes, dairy products, and hay left Oxford by the train carload to help feed the rest of the growing United States.  Oxford Feed & Lumber, formerly known as Oxford Grain & Hay, is the oldest Oxford business still in existence. It sits along the tracks of the old Philadelphia-Baltimore Central Railroad behind Fourth and Market Streets. This business is now owned by the Drennen family who have kept the historical integrity of the building.

In the center of town, what is referred to as the ‘green’ dates from the time of William Penn. In 1856, this green was Oxford’s first burial ground. When Third Street was constructed, the bodies were moved to what is now the Oxford Cemetery on Pine Street.

Between 1840 and 1880, many beautiful Carpenter Gothic, Queen Anne and Victorian style homes were built. Some of these homes on Pine Street, Fourth Street, and Western Terrace are still in existence. In addition to the many breathtaking historic homes in Oxford, it was also the home of industry in the late 1800s. One example, Bowman’s Generating Plant, which sold electricity, was built in 1893.

The Oxford area is an area of rich farmland and there is a definite Amish presence, which adds to the charm of this community. 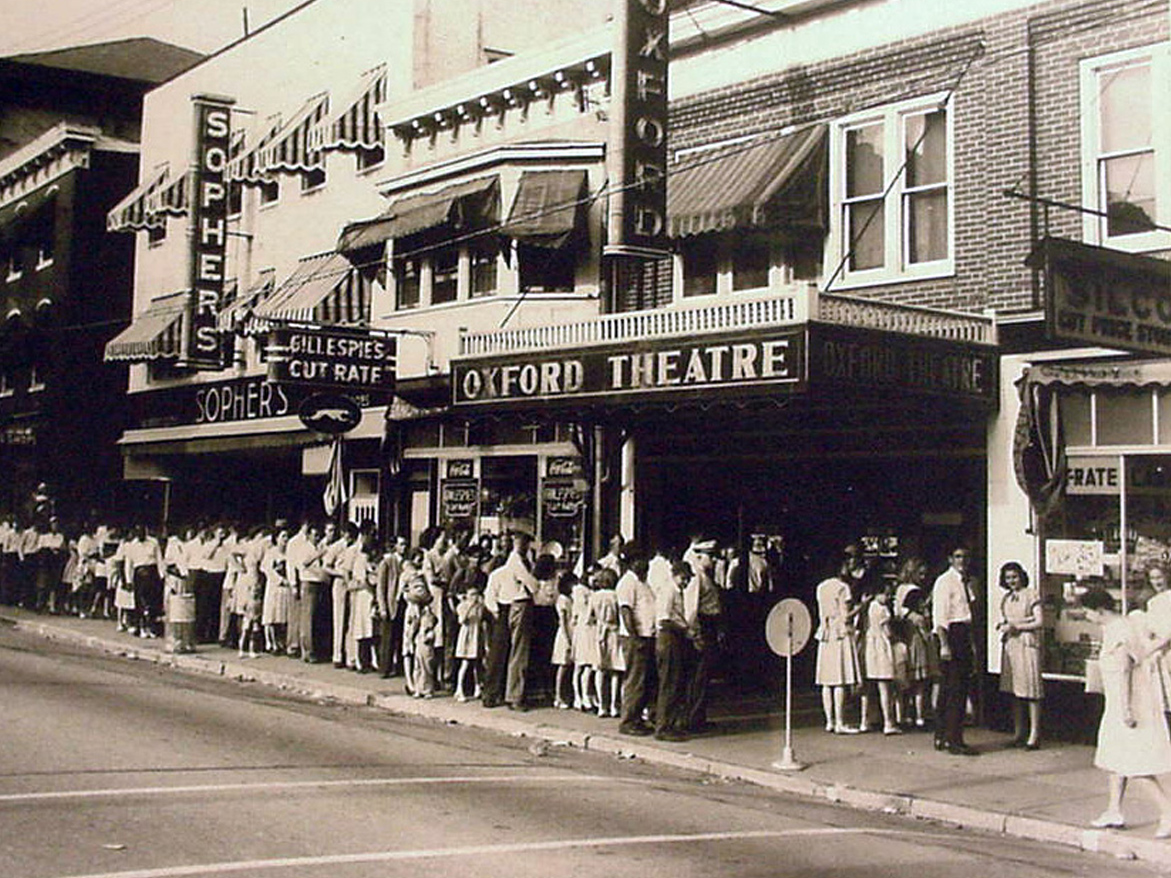 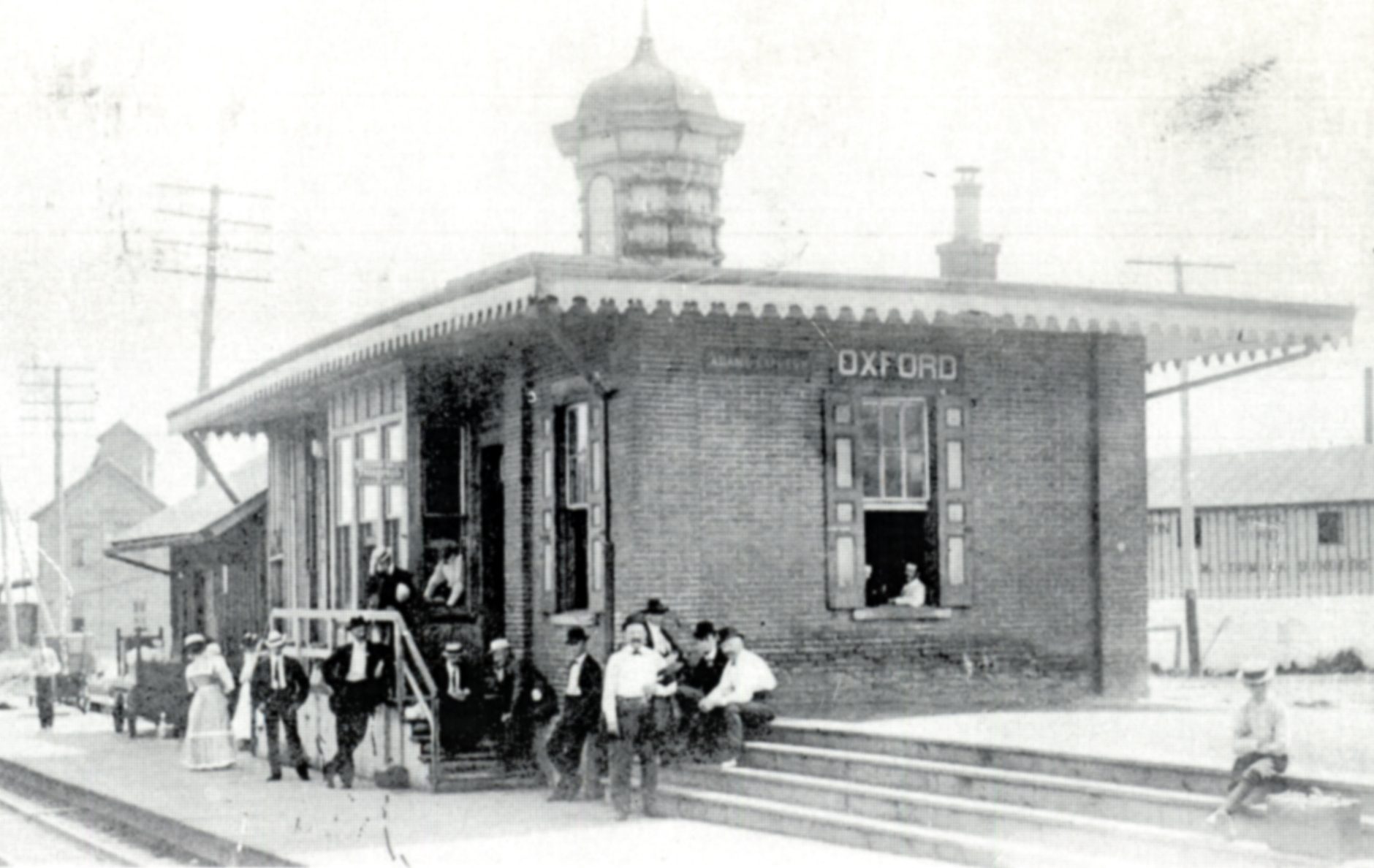 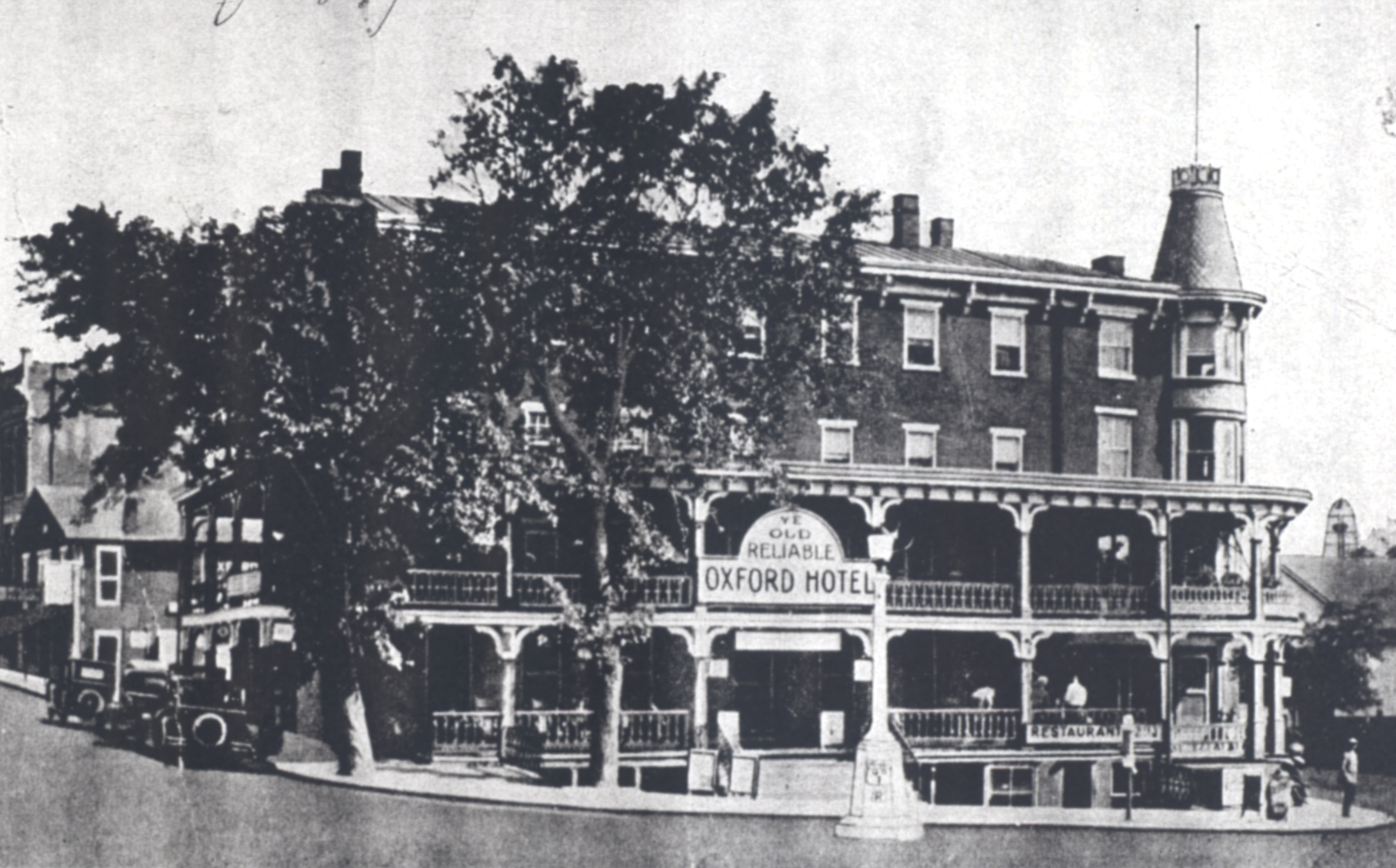 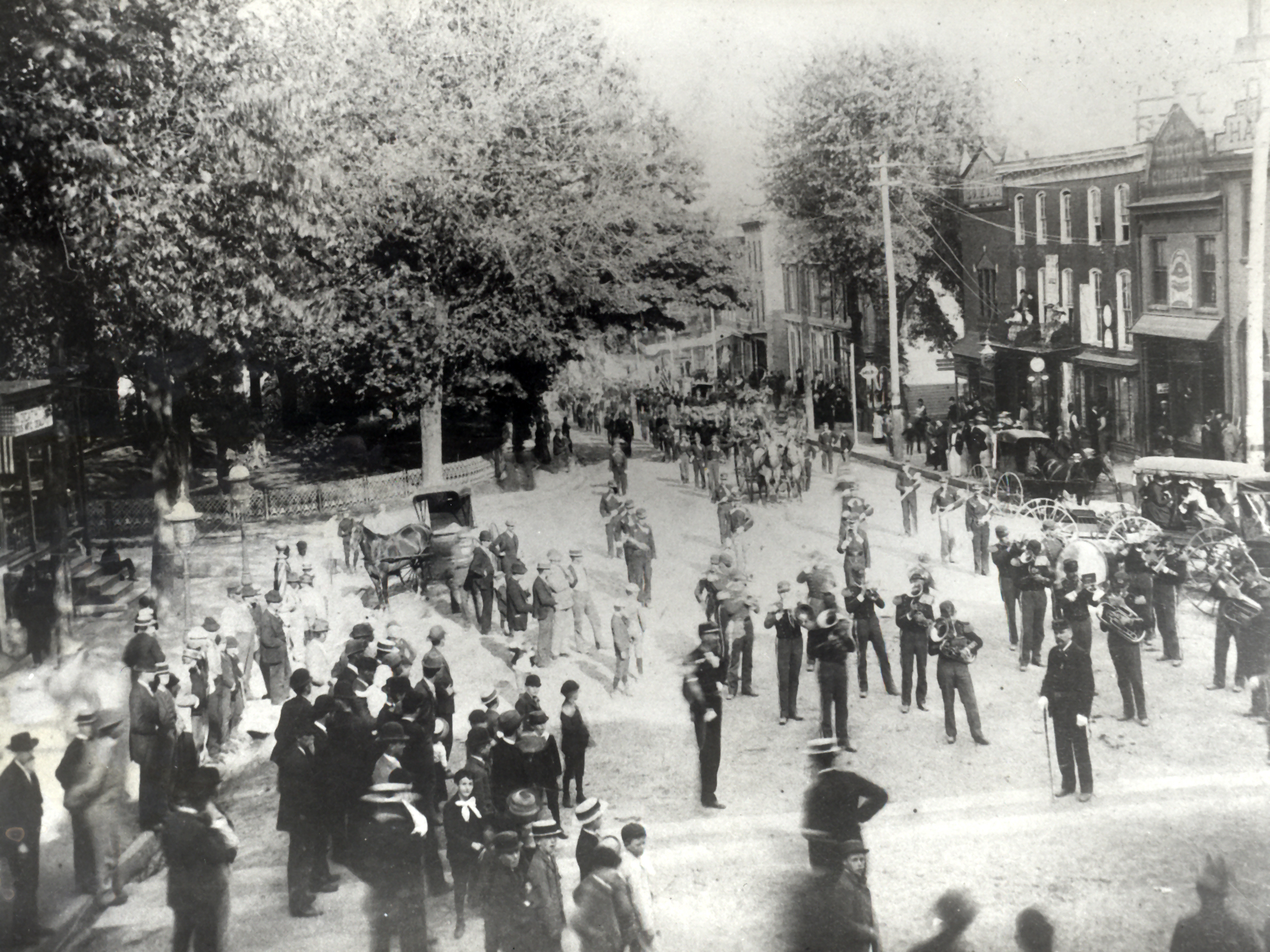